In 1964, four musicians from Liverpool appeared on The Ed Sullivan Show. Now, fifty years after that iconic performance, John, Paul, George and Ringo, otherwise known as The Beatles, are America’s favorite musician or band, moving up from a tie for third place in 2010.

Their counterpart in that 2010 tie, Elvis Presley – who appeared on The Ed Sullivan Show in 1956 – moves up to the number two spot this year.

After dropping a “secret” album earlier this year and performing with her husband to sold-out crowds around the country, Beyonce debuts on the favorite musician or band list at number three.

They debuted their first album 46 years ago and their song “Stairway to Heaven” consistently lands on classic rock top ten lists, and now Led Zepplin debuts in the number four spot.

And after conducting his farewell tour, the “King of Country,” George Strait, moves up two spots to number five on this year’s list.

These are some of the results of The Harris Poll of 2,306 U.S. adults surveyed online between July 16 and 21, 2014. The survey results were announced today, August 27.

New to the list, at number six, is the musician who drummed, shimmied, and sang through this past year’s Super Bowl Half-time show, Bruno Mars. Next, and rounding out the top ten, are four performers who all tie for the number seven spot. Three are new to the list – Neil Diamond, The Eagles, and Garth Brooks. The last is this list’s 2010 headliner, Celine Dion.

With six new additions to the list, that means six singers or bands – one crooner, one rock/pop, one pop, and three country – dropped from the top ten this year.

Different Strokes for Different Folks, and so on and so on and Scooby dooby do… As Sly and the Family Stone sang 45 years ago, there are definitely different strokes for different folks, especially when it comes to favorite musicians and bands.

One of the generational arguments that will never end is the fight over music. Whether one grew up in the 1950s with the birth of rock and roll or the 1970s with disco or the 1990s with hip-hop, there will always be members of older generations who shake their head at something new.

So, it makes sense that each generation has their own favorite musician or band. For Millennials it’s Beyonce, while Gen Xers go in a very different direction and say Metallica is their favorite. Baby Boomers remember their youth and say the Beatles are their favorite band, while for Matures Willie Nelson is their number one. 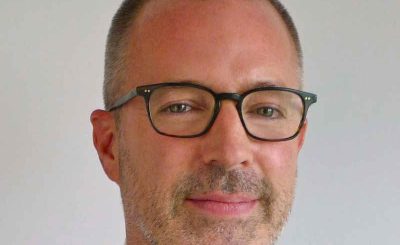