Not long ago, I was attending a national film industry conference in Mumbai where a leading Bollywood director Subhash Ghai was invited as a speaker.

In his address, Ghai didn’t mince his words to describe Indian filmmakers as copycats. While stating that he got popular as a director after his debut film Kalicharan, Ghai labeled his other 16-odd films as Kalicharan 2, Kalicharan 3, Kalicharan 4, and so on.

With this candid admission, he revealed that all his films are repetitions of Kalicharan and made using the conventional Hindi film formula that lacks creativity.

Through his personal experience abroad, Ghai also revealed that there are few takers for Bollywood movies in the developed parts of the world and Indian film industry is wrongly known for the popular film Gandhi, which is not an Indian production. Gandhi was produced and directed by Richard Attenborough, a British film director.

Ghai is not alone among the knowledgeable film fraternity that understands the increasing lack of professionalism in Bollywood, the Mumbai-based film industry. Bollywood is a loose term lifted from Hollywood to artificially raise the stature of Hindi language films.

Despite churning out a large number of films, Bollywood’s share is a poor 1% in the global film market of an estimated $14 billion out of which Hollywood alone rakes in nearly $11 billion.

Most Bollywood movies target the poor or lower-income groups of people who don’t have any other means of entertainment. Obviously, Bollywood movies are made on shoestring budgets. Here the average production cost of an upmarket movie is just $3 million. And a high-end Bollywood movie earns a paltry $5 million or so at the box office.

In contrast, a Hollywood movie can earn even a billion dollars in the first few weeks of its release. For example, Lionsgate’s The Hunger Games: Catching Fire earned an impressive worldwide box office revenue of $838.2 million in its first seven weeks of release.

Earlier in 2009, James Cameron’s Hollywood blockbuster “Avatar” collected $1 billion in just 17 days of its release. It took almost 4 years to complete Avatar at a production cost of a whopping $300 million.

But Bollywood operates at pathetically low performance parameters. It’s an okay business even at a dismal scale for Bollywood film companies most of which are run like roadside shops by a few old actors and their family members.

As Bollywood has become a family fiefdom, the sons, daughters, and other relatives of the veteran Bollywood film artists work in new films for peanuts to keep the costs in control.

That is among the reasons that the old clan doesn’t allow independent artists to enter or flourish in Bollywood. As a result, the Bollywood films are so bad in quality that they run just for a few days at local theaters frequented by moviegoers who don’t understand the meaning of content quality.

Although there are an estimated 700 film production houses in Mumbai, they exist as mere houses without any film production. Every Tom, Dick, and Harry would claim to be a filmmaker in Mumbai, but almost all the films are made by a dozen-odd companies owned by filmy families. You can’t expect quality from these films.

All Bollywood films are made with a cookie-cutter recipe having a few meaningless songs with crude dances, some foolishly inserted fight scenes, and avoidable hijinks without any story – just to lure the gullible consumers who don’t want creativity in cinema. A film is like a circus show for them – repeated under different film titles.

As a Bollywood film is made with dummy directors in just a few weeks using the archaic formula, most actors find it difficult to kill their time as they don’t have enough work in hand. Then just to make some easy money, they participate in private birthday parties and marriage ceremonies of customers who pay them trifling amount for their appearances in such functions.

Of late, Bollywood filmmakers have started a dangerous trend of reporting inflated box office revenues for their movies. Since they themselves can’t reveal these false figures for the fear of income tax department and other factors, they use media companies (newspapers, TV channels, etc.) to reveal the fudged box office sales.

As almost all media companies in India are struggling and paid news is a norm here, there is a scandalous nexus between Bollywood film companies and media organizations. Now, for even ordinary movies, they report the box office sales in excess of Rs. 100 crore ($15 million approximately).

Just before the release of any movie, the local newspapers and TV channels are replete with frivolous interviews of actors, etc. that are tacitly sponsored by the film companies. While a truthful media organization must reveal explicitly that these interviews and media reports are sponsored, here they deliberately conceal this fact to influence the consumers unscrupulously.

Thus, the focus of most Bollywood film companies is to make a fast buck by hook or by crook without improving the quality of their content.

While no Indian movie could ever win an Oscar, there is a surfeit of shady awards for Bollywood actors and their films from media organizations to keep their mutually beneficial and dishonest money-making pursuit intact. In the process, they bamboozle the consumers with the false glitz of the film business.

That’s Bollywood for you. Keep watching. The dirty show is on without any break.

By Rakesh Raman, the managing editor of RMN Company.

This article was first published on our companion site RMN News Service. 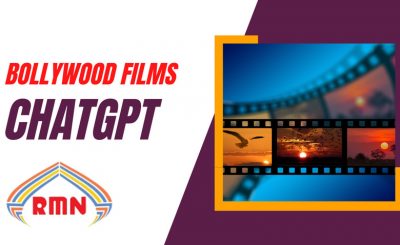 Why Are Bollywood Films Bad? Read What ChatGPT Says